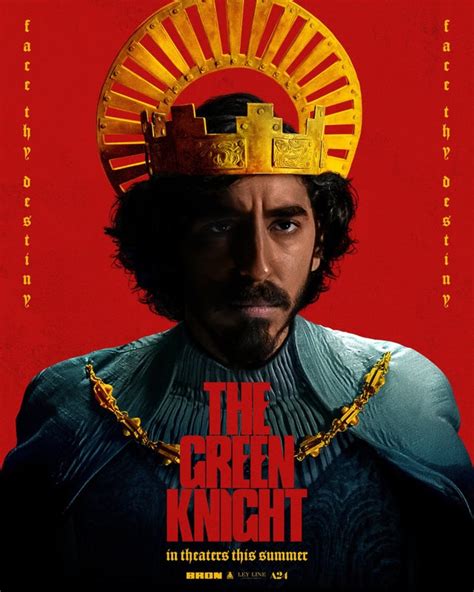 Anyone, who follows me on social media will have noticed the odd story or post about the movie “The Green Knight. ” An epic medieval fantasy shot on location in Ireland. Written and directed by David Lowery. The lead role is played by Dev Patel and if I may say is as handsome in real life as he is on film and oh so tall!

How do I know that Dev Patel is oh so tall? The story starts around the beginning of September 2019 when literally my phone started buzzing and wouldn’t stop. I was like…what the…??? My friends and my business network were messaging me. Apparently, there was a call out for an Indian Female Calligrapher based in Ireland. (Are you laughing?) I was…I was like this has to be a prank! A very elaborate one, but a prank nonetheless.

That was until my lovely friend, Danielle Serpico messaged and said that her partner Alan was part of the production in the movie and yes, it was true that I was like “ohhh, I see.” I realised that it wasn’t some elaborate joke, but it was for real. I’m sure the look on my face was a picture.

I sent off a couple of emails responding to the call out. Within minutes my phone started ringing. It was like a little bit of a whirlwind. Talking to this person then that person. Until I finally, I spoke with a lovely guy named Stephen part of the production team, and the whole thing started to feel really real.

It turned out that they wanted an adult Indian female calligrapher as a hand double for a scene with Sarita Choudary who plays Sir Gawain’s mother. But first, they had to make sure that my skin tone matched Sarita’s. As luck would have it, mine did.
HAPPY DAYS!

Once all the arrangements were in place and I knew that I’d be travelling to Tullamore to be a hand double in an actual movie. I called my bestie Lucille to ask her if she’d like to come on a road trip? To which she said “yes!” And, away we went on our road trip to County Offaly. Having no idea of what was waiting for us.

I was taken aback by the number of trailers (so many!) The crew and cast milling around the place and the smell of food from the catering truck. Yum! Grabbing a cuppa, I stood around for a bit taking the whole thing in. It was a long old wait until I was called. But, I did have my own trailer!

The Set was amazing!

It was an incredibly tight squeeze, thank god I was off my crutches and could bend my knee.  It was like being in a really tiny weeny tent with just enough room for your hand to fit. Which in fairness, is all that was needed.

It was nerve-racking having to literally do novice type calligraphy with a bamboo pen and all the crew watching me. It was hard not to feel that blush of shyness. As I started to use the bamboo pen. It felt like forever, but I know it must have been only a few minutes and I was done.

Then a patient wait until the film was released. Which is was earlier this year and well, folks I’ve 10 secs of fame (well, my hand does) here’s the clip!

Hope you enjoyed reading about my little adventure. And, as always, if you would like me to inscribe your wedding invitations or create an everlasting gift send me an email and let’s get started.